Moving on: Youth from Evergreen takes a new step 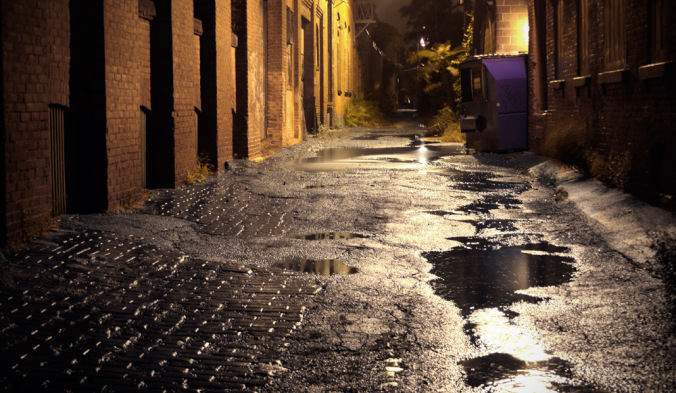 A tough, gang-entrenched, 15-year-old girl came to Evergreen from Winnipeg in April 2012. We quickly discovered that this angry, scared young lady, who lashed out at small things, was hiding a caring and sensitive girl underneath.

When she first came to us, she would rarely let her caring and sensitive side show. This was how she kept herself safe. She would get into fights with other kids, run away, yell at staff, or even sometimes hit them. This meant that police were occasionally involved and she would sometimes be taken into custody, but she always came back.

Slowly, she started taking chances and learned to trust us. Her violent outbursts decreased and she asked for breaks when things became too much. She even became a mentor to the younger youth on the campus. Her smile came out more often until she was outright generous with it, and her laughter was contagious.

She was with us for about nine months and was doing well... but something was bothering her. She talked about missing home, especially as she saw other youth return home or move on to their next placement. Although she was still in contact with her grandfather, scheduled visits with him didn’t work out. Her caseworker was reluctant to put Winnipeg on the table for her next placement, fearing she would fall back into old patterns.

With an uncertain future and now a 16-year-old young lady who felt she was finished her treatment, she left. Since this was a breach of her probation, a warrant was issued for her. At first, she would call often to let us know she was safe. She said she knew she could not go home, so she decided that she would run and do what she wanted. She asked us to come get her a few times, however when we arrived where she said to meet her, usually a mall or a fast food restaurant, she would be gone. We wondered if this was a test – was she watching for us to arrive to see if we still cared enough to come? Or was it a game to get us and the police off her tail?

She even would return to the program for brief periods, but knowing we were obligated to call the police, she would only stay long enough to eat, clean up and say hi. Once, she missed the police arriving by seconds. We didn’t want her arrested, but at least we knew she would be safe. Over time, her phone calls became few and far between and at her last visit, she was a shadow of who she once was... she had lost about 30 pounds and looked tired. However, we could not convince her to stay. Eventually, the calls stopped altogether. This is when we became worried.

After several months of not hearing from her, she called in June. Only one staff member on the team knew her. She was not able to talk to her so the conversation was brief.

A detective from the Calgary Police Missing Persons Unit came by in July to ask questions. But we had no answers. This caused us more worry. Then suddenly in August, she called. She asked if we would come and get her. She was on the Morley Reserve and wanted to go home to Winnipeg. We were able to liaise with her and social services in Manitoba. She would stay at the Emergency Youth Shelter for the night while social services organized her transportation.

She arrived to Wood’s 18 months after leaving. A tall, thin, now 17-year-old girl returned. She made it safely back to Manitoba and was grateful for our help. Her laughter was still contagious.