Believe in the power of change 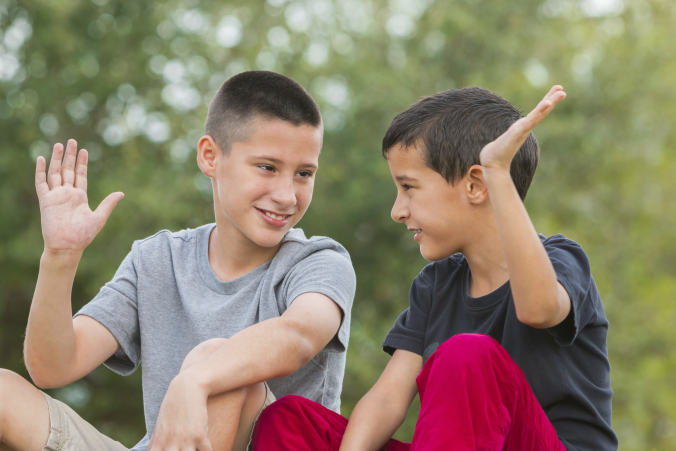 As human beings, our brains are always trying to fit new information into the pre-existing categories in our minds. Our mental schemas help us better understand people and things and we use a variety of cognitive shortcuts to save mental energy for more important processes. This is normal and beneficial for everyday functioning, but it can also often be the root of stereotypes and prejudices. Instead of taking the time to get to know and understand people as the complex individuals they are, we immediately lump them into familiar categories and close the book. I think we all catch ourselves doing this more often than we’d like to admit. Thankfully, as an informed society we have begun to challenge many of our stereotypes and assumptions surrounding race, religion, gender and sexual orientation. We hold each other accountable and try to make sure that we do not make broad, sweeping generalizations about these populations. But what about the assumptions we make about populations that have done things which we find difficult to overlook?

This past year I have been completing my Behavioral Science practicum at the Phoenix program at Wood’s Homes. Phoenix is an intensive residential treatment program for adolescent males who have exhibited sexually intrusive behaviours. Many people have a similar reaction when I share with them what I’ve been doing for practicum. Looks of shock, confusion, surprise, and horror are all fairly commonplace, and I have to admit I experienced some of these sentiments myself when I first received my placement. I wondered what the boys would be like. Surely they would not be like any other youth I’ve worked with. Are they really ever able to change? Or is this program designed to just contain them? They must come from some pretty messed up home environments.

These are among the assumptions that went through my mind, and these thoughts are likely quite common for the average person who hears about youth who have been sexually intrusive. When it comes to sexual offences, we don’t seem to have a problem with putting everyone in the same category. It may be difficult to see past how offended we are at the idea of these crimes. Perhaps a friend or family member has been victim to crimes like these. It is well-founded and fully justified to be upset by what these youth have done, but I think we need to challenge ourselves to see the human beings that live behind these offenses.

It’s important to start to question our initial assumptions and reactions, and begin to realize that people who have offended sexually are a diverse population. They come from different backgrounds and have different experiences, some of which have had an effect on their sexual behaviours. Lack of sexual education, limited cognitive ability, previous family trauma or victimization, are just some of these, but every individual’s experience is different. The boys I have met at Phoenix have so many strengths that they are working on developing. They have hopes, dreams and aspirations, just like everyone else. Some are gifted in music and some in other creative works. Some are quick-witted, and good with puzzles and games. Some have big families and some do not, but all have people who love and care about them, and want to see them become their best selves. I have been able to play quite a bit of guitar with one of the boys in the program, and he picks up all the songs I show him incredibly quickly. To my shame, I’ve been beaten in card games many times. I’ve heard stories, and seen photos of life and loved ones back home. These are people and they deserve to been seen beyond stigma often associated with their offences. Our assumptions can put great limitations on youth who feel they will never be seen beyond what they’ve done.

In Greek mythology, the Phoenix is a symbol of renewal. The legendary bird dies in a burst of flames and is then reborn in the ashes. I think there is something about the Phoenix that resonates with each of us. We have all made mistakes that we have had to learn from, and we have all done things that we aren’t proud of. I think that, when most of us look back on our lives, we can see the growth and change we’ve experienced and feel in many ways that we have been reborn. Why should it be any different for someone who has sexually offended? It’s time to move past the assumptions and stereotypes surrounding sexually intrusive behaviours, and start seeing people as fellow human beings who can and want to change. This doesn’t mean ignoring what’s been done, it means recognizing that people are capable of change and that’s something worth investing in.