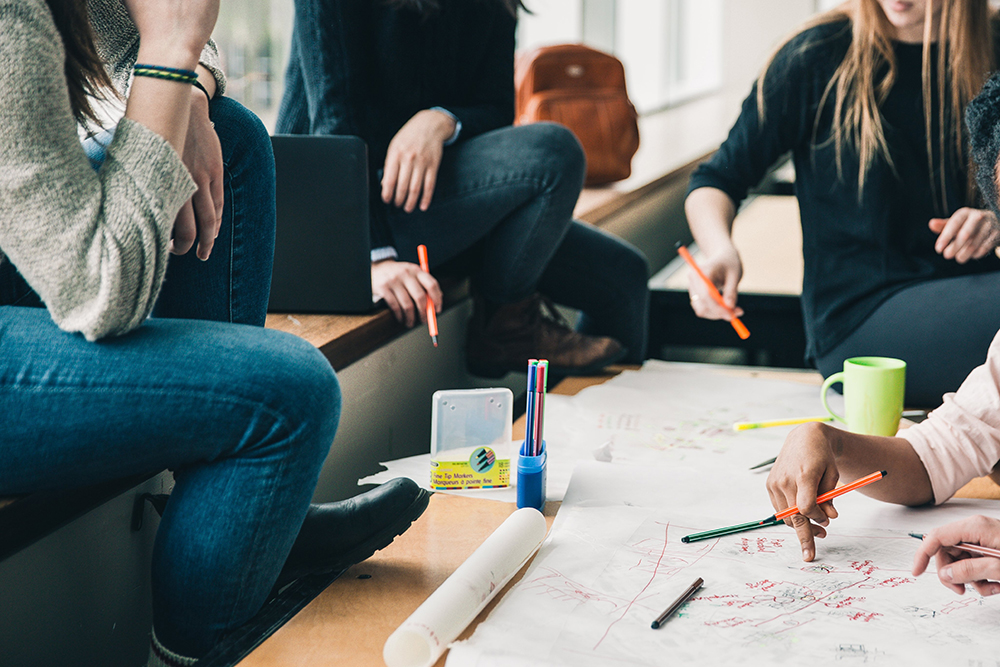 There’s a box in a corner of the school’s front office that contains stuffed animals. They were brought in last September, one by one over a period of time, by a struggling young student at Wood’s Homes William Taylor Learning Centre. Stuffed toys don’t usually show up in Grades 7-12, but for this student they meant comfort and security. They were something to cling to in times of loneliness, upset and unfamiliarity: An attachment to something . . .  anything.

Skip ahead six months and the stuffed animals are all but forgotten. They’ve lost their purpose. And while this may sound somewhat somber, it’s actually very much a sign of success for the teachers and counsellors at this school. The student now has people in his life who understand and appreciate his uniqueness, and he’s learning in a way that makes sense to him – for the first time. He also no longer feels alone.

William Taylor Learning Centre (WTLC) is on Wood’s Homes’ Parkdale campus. It has operated in a partnership with the Calgary Board of Education (CBE) since 1982. Its services meet an increasing demand for specialized education and treatment settings for Junior High and High School students. Referrals come through the CBE as well as Children’s Services and/or Alberta Health Services in collaboration with the CBE. These youth require an intensive, specialized academic setting.

And it is here that vulnerable young people are given opportunity to learn in a different way through a well-choreographed team comprised of CBE teachers, Wood’s Homes School Support Counsellors, a Family Support Counsellor and a Clinician. Teachers provide the lessons and counsellors work alongside to help the students with emotional and behavioural challenges. The lessons are designed to meet the needs of the student ‘in the moment.’

This is a place where an army of advocates consistently goes above and beyond to help children in their overwhelmingly complicated world.

It’s a small setting with just 30 students. Another 30 or so are scattered across satellite classrooms in Calgary’s F.E. Osborne and Central Memorial High Schools. Students in the satellites have shown they are ready to transition into a supported mainstream school.  Other youth who come to William Taylor walk over from the live-in treatment programs on the Parkdale campus, where they live.

For many of these young people, the school is as consistent a home environment as they’ve ever experienced. Close to 75% are PGO or under the care of the province under a Permanent Guardianship Order. This is typically put in place by the courts when it is decided that the survival, security, and development of a child is not adequately protected by their current guardians. The court makes the director, or the province essentially, the child's only guardian.

“Each of us looks forward to coming to work every day,” says Team Leader Leah Klein with a smile. And it is clear that this is a team, working hard to create a safe and trusting environment.

To an outsider, this looks and feels like family with all of its ups and downs. Having said that, with the emotional attachment comes the worry. And Klein admits that at times it can be tough to put a handle on those worries.

Students arrive with so many battles in their young world. Many have experienced serious trauma in early childhood and display high-risk behaviours that can include suicidal ideation, depression, running away, physical, verbal and/or sexual aggression, alcohol and drug concerns, violence and criminal activity. This, along with the possibility of other psycho-social disorders.

And yet what occurs behind these doors is remarkable to witness and leaves a lasting impression.

On this particular morning, this writer watches as the students begin pouring in from all quadrants of the city. Everyone is greeted with heartwarming high-fives and hearty ‘good mornings’ from the team. As the smell of warm breakfast lingers, the daily routines start to unfold. Routines are essential – the predictability is among the few things these students can count on.  Principal Janice Richardson says if a meal is just a few minutes late (the students are fed breakfast and lunch), the students can react. She says on this day the chef is home ill with the flu and she’s searching about for menu options. “You know, they’re like little birds with their mouths open, chirping to be fed.” Today’s lunch will be takeout sandwiches.

And today brings more signs of success. One student, who faces a variety of diagnoses, had not been to school in almost a year. She had no interest in attending and admitted to being bullied for being different. But after coming to William Taylor and being welcomed by her peers, she’s now spending five hours a day at the school and is excited to be among friends and learning new things. Her life has changed and her parents are thrilled with her turnaround.

Klein admits this past December was difficult as so many of the students come from backgrounds where caregivers struggled to provide them with the care they needed. Many of them feel abandoned in life, and become easy prey for predators when they’re not at school or at home.  It’s just one more thing for the team to worry about.

But today school is in. The voices of excitement fill the halls, and the children are eager to get on with their day.

It’s a good reminder that it really does take a village.