Is it wrong to ‘lie’ to your kids about Santa? 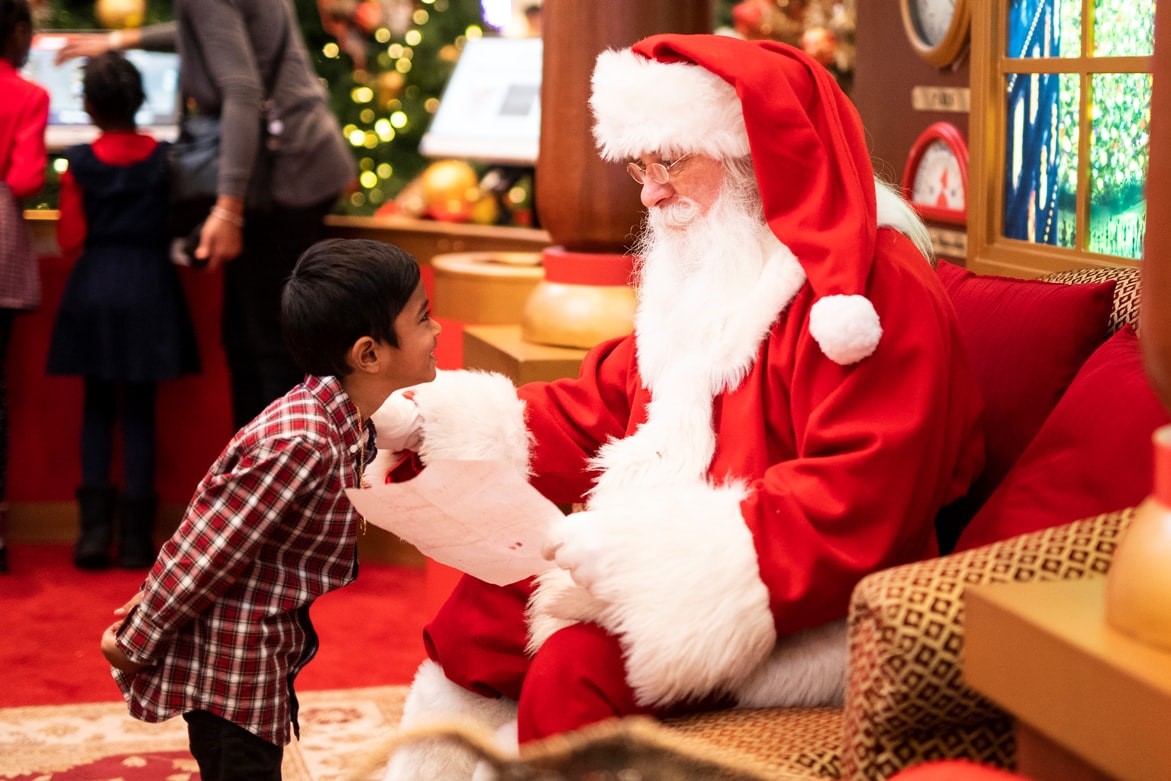 One of the glories of living with teenagers is the interesting conversations you can have around the holiday table.

Last year, it was all about the morality of telling kids that there is a Santa Claus when (spoiler alert) there isn’t one.  It started with one of the oldest declaring that her future children would not be told that Santa is real, because “that’s just a huge lie”.  This was of course followed by the other kids talking about what they used to believe and how it felt to find out.  And then their father exclaimed in horror: “What do you mean there’s no Santa Claus???!“ Clearly, some habits really do die hard (or apparently not at all).

We are certainly not the first family to debate this, and in fact even early childhood experts have weighed in about the value of believing in Santa for key development of imagination and empathy (read this for more). However what has been less clear, is how you go about creating magic, while also not creating feelings of distrust (here’s a hint: don’t lie – read this for more.)

And like many holiday traditions, when it comes to morality, one must also consider the messages that are being sent to children everywhere when we create stories about ‘good children’ receiving gifts and ‘naughty children’ getting lumps of coal.  These are traditions that are generally only available to families with the financial means.  This translates into some children not receiving the same number of gifts each year as their classmates – or some children getting much needed clothing, but no toys.  And what about those children who send their big wish lists to Santa, and don’t receive a single item from the list?  Does that mean they are left questioning their worth to Santa?  Do they wonder if they’ve been ‘bad’ when they don’t get what they ask for, or other children get more?  And what about the risks for families, who can’t afford all those gifts, potentially pushing themselves to financial despair in the sheer effort to avoid having their children feel hurt?  Given that we live in a country that prides itself on multiculturalism, we have to manage the reality that many children have never believed in Santa or participated in this traditional deception to begin with.  Are we going to ask those kids to lie too?  Read this for more.

As our family collectively discussed all these issues, the conversation then turned to other ‘lies’ that we tell our children, such as the Easter Bunny, and the Tooth Fairy. It made me think of the new ones we’ve invented – like that blasted Elf on the Shelf that must truly be capitalism’s most grievous injury to struggling parents.  How many times have I heard parents berating themselves for forgetting to move the Elf, or not being able to come up with interesting activities?  One need only scour the internet to understand how hated those Elves can come to be (one creative parent casted the leg of their Elf to ensure that he couldn’t move at all for the whole season). I mean, when it comes to injuring inanimate objects, in order to preserve the ‘magic’ of Christmas, I think the holiday has gone to the Dark Side of the Galaxy on this one.

But let me say that whatever your ‘truth’ is this festive season, I hope it’s a merry one!